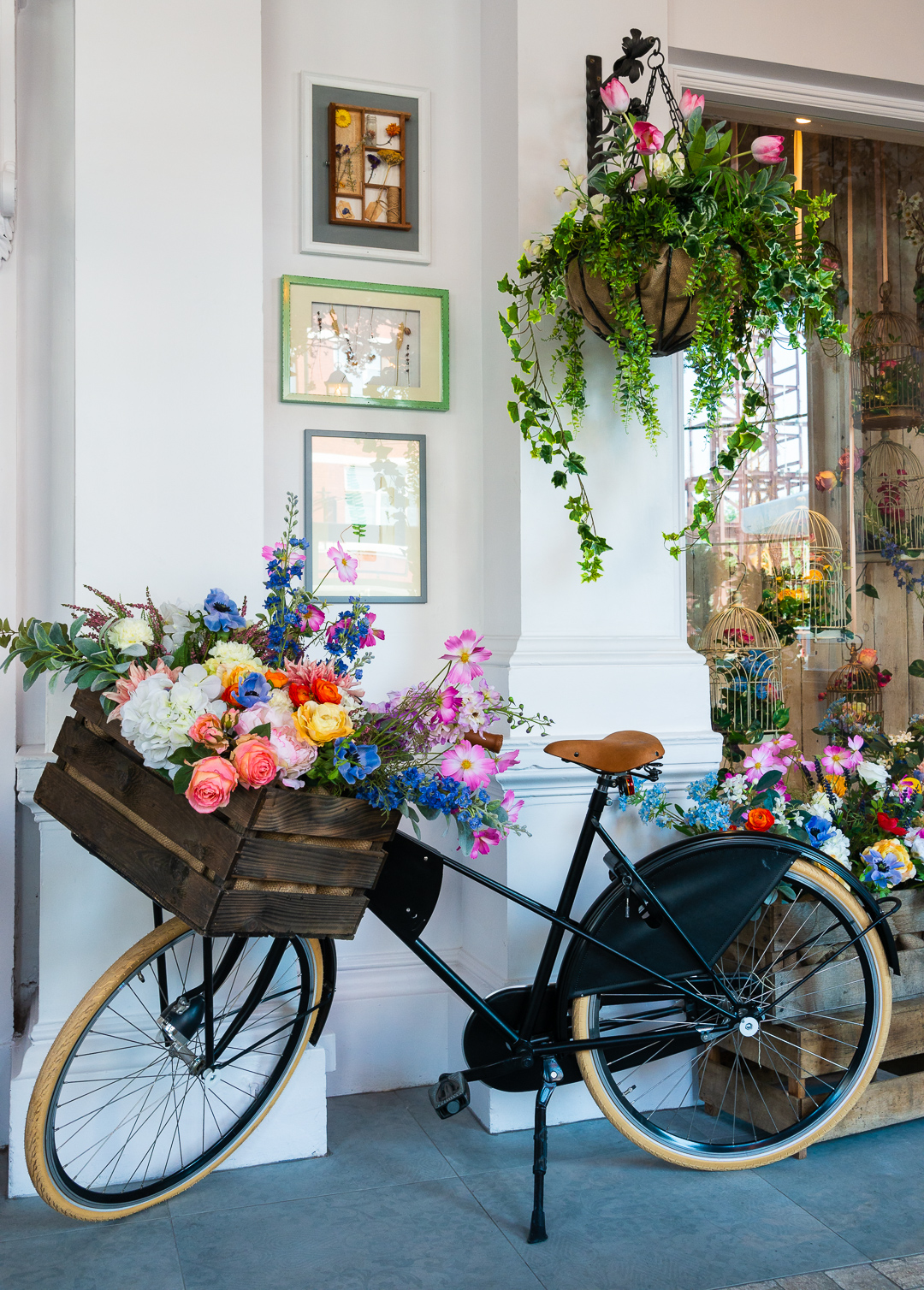 When you tell someone you’re off to The Florist later they automatically assume you’re out buying flowers, not going out for a meal!

So when I learnt about a new restaurant that combines the beauty of floristry with really delicious cuisine I had to check it out (and take my camera of course!).

I got in touch with the restaurant as I was so excited about the prospect of not only having a delicious meal but being able to take pictures to show you guys what it’s all about. I’d already heard a number of friends discussing it and just how beautiful and different it really was. 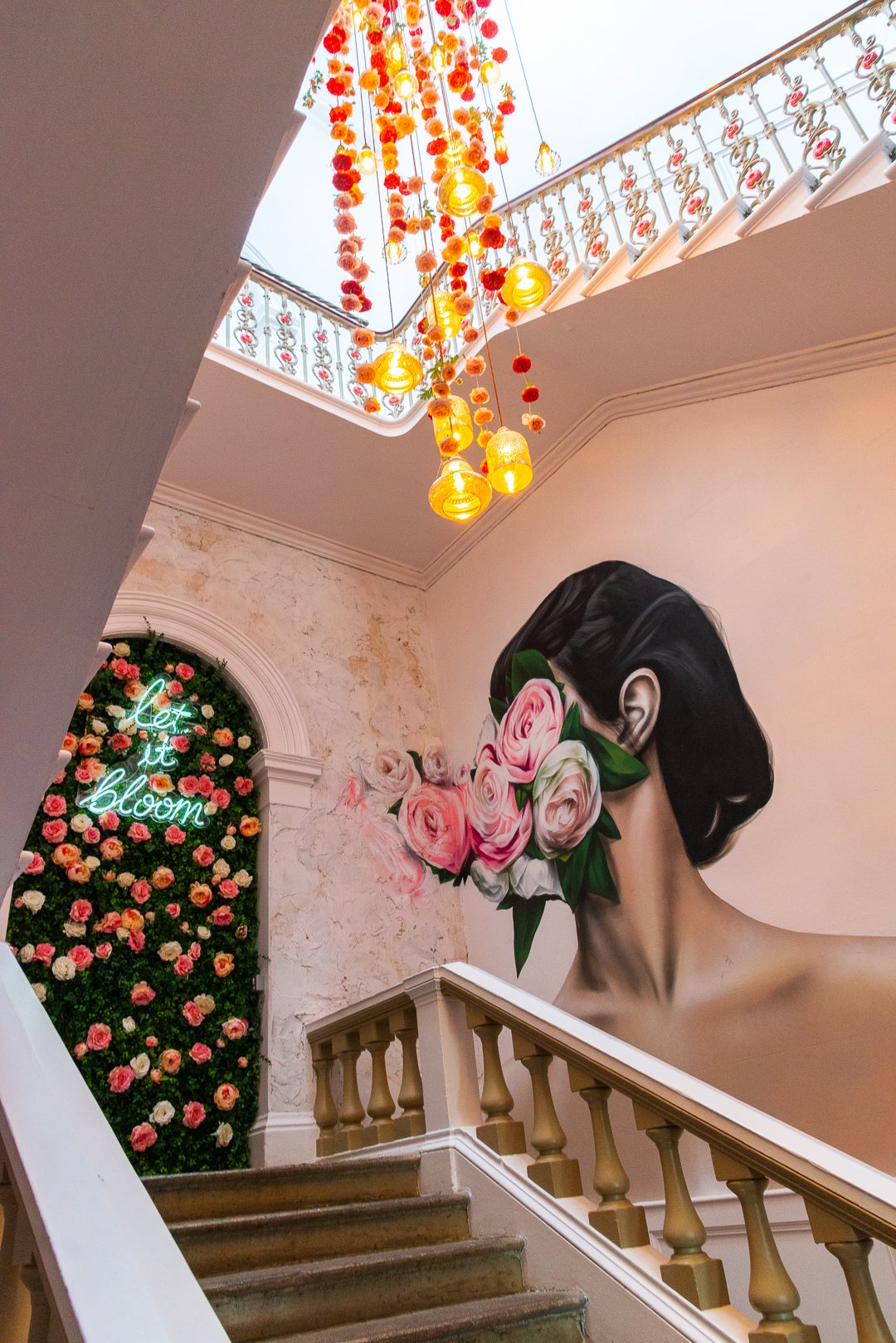 There are so many different types of restaurant now located in and around Liverpool. It’s ever-changing tapestry of artisan cooking has reached a whole new level, yet it was The Florist that really captured my attention.

I took my partner along and as soon as we walked in the place was buzzing with an exciting atmosphere, particularly early evening which is often hard to come by. 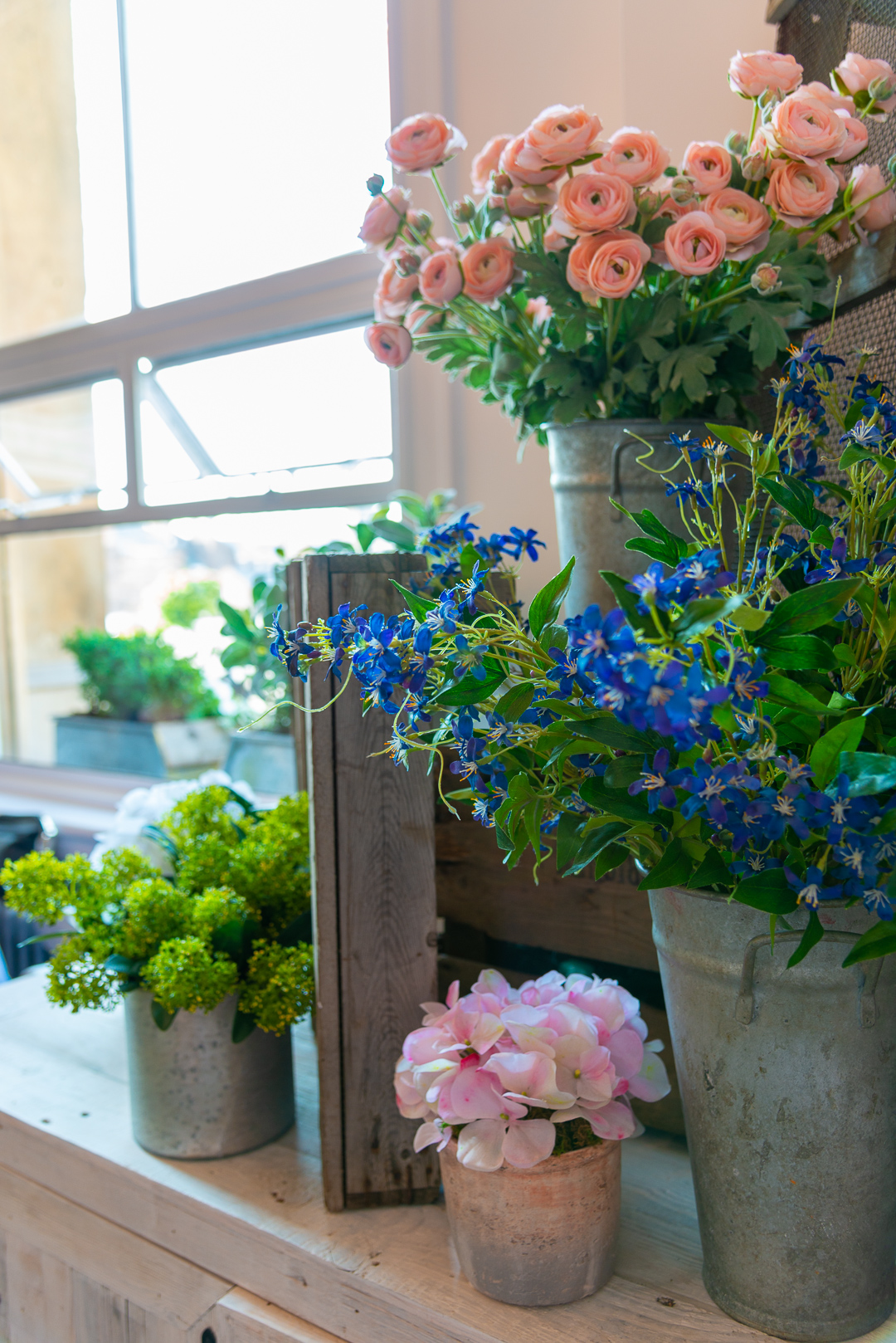 I decided to go into the various rooms downstairs which contained the main bar, as well as a few breakout rooms for casual drinking. The beauty is truly beyond words, which is why I found it difficult to stop taking the photos!

The floral displays really capture your attention, even if floristry isn’t your thing, you can’t help but admire the flowers across the walls, on the ceilings, over various lamps, basically everywhere! 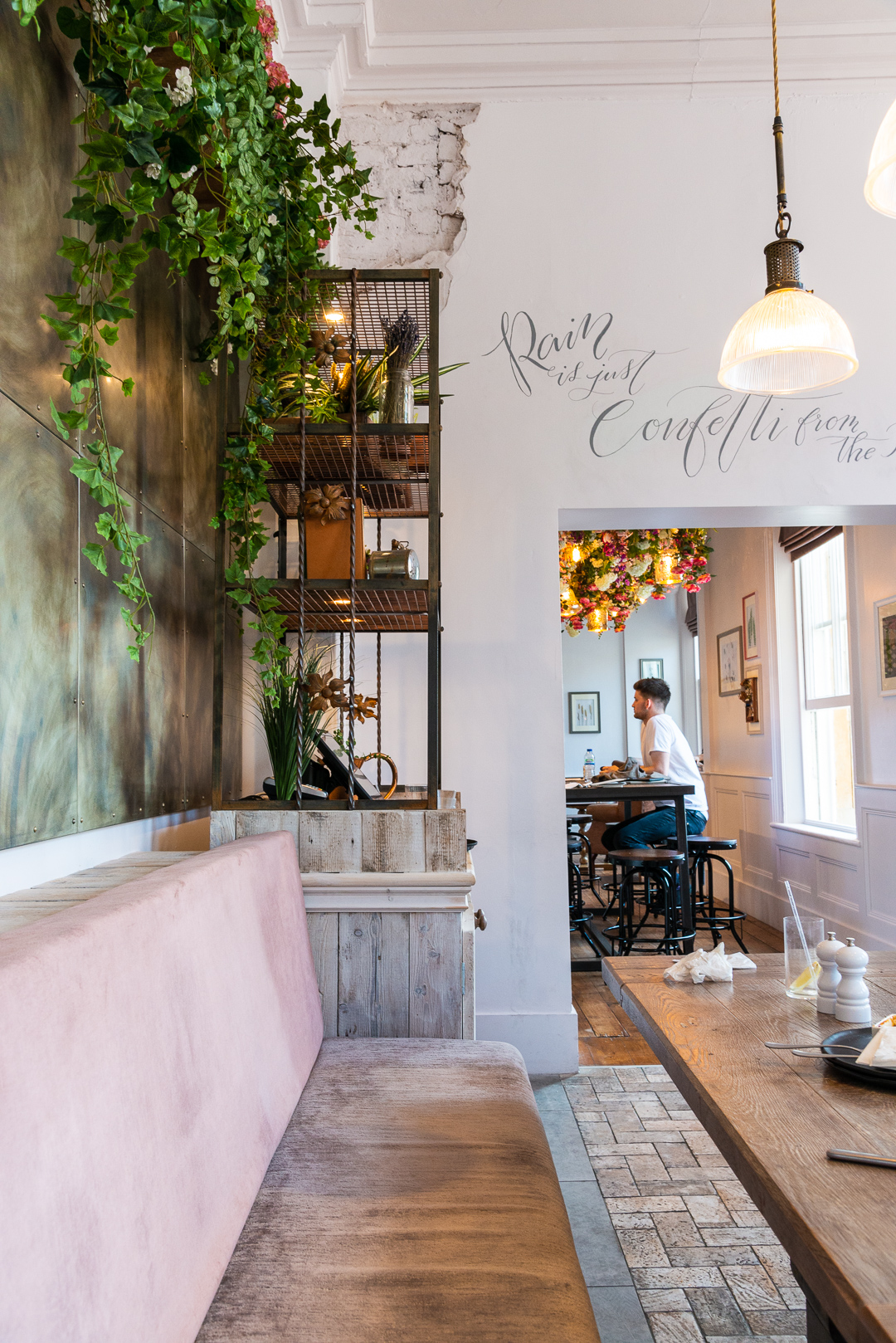 Finally my stomach caught up with me and we went upstairs where the main restaurant is located. On the way up there was the most amazing centrepiece that hung down from the ceiling. It makes you want to tell the hostess that you’ve not yet quite finished admiring what’s in front of you!

I also learnt that you can actually book into their various ‘masterclasses’ that they carry out at the restaurant on certain evenings of the week. From different floristry experiences, to cocktail and gin-making, it’s a great idea for any celebration or if you just want to learn something new. 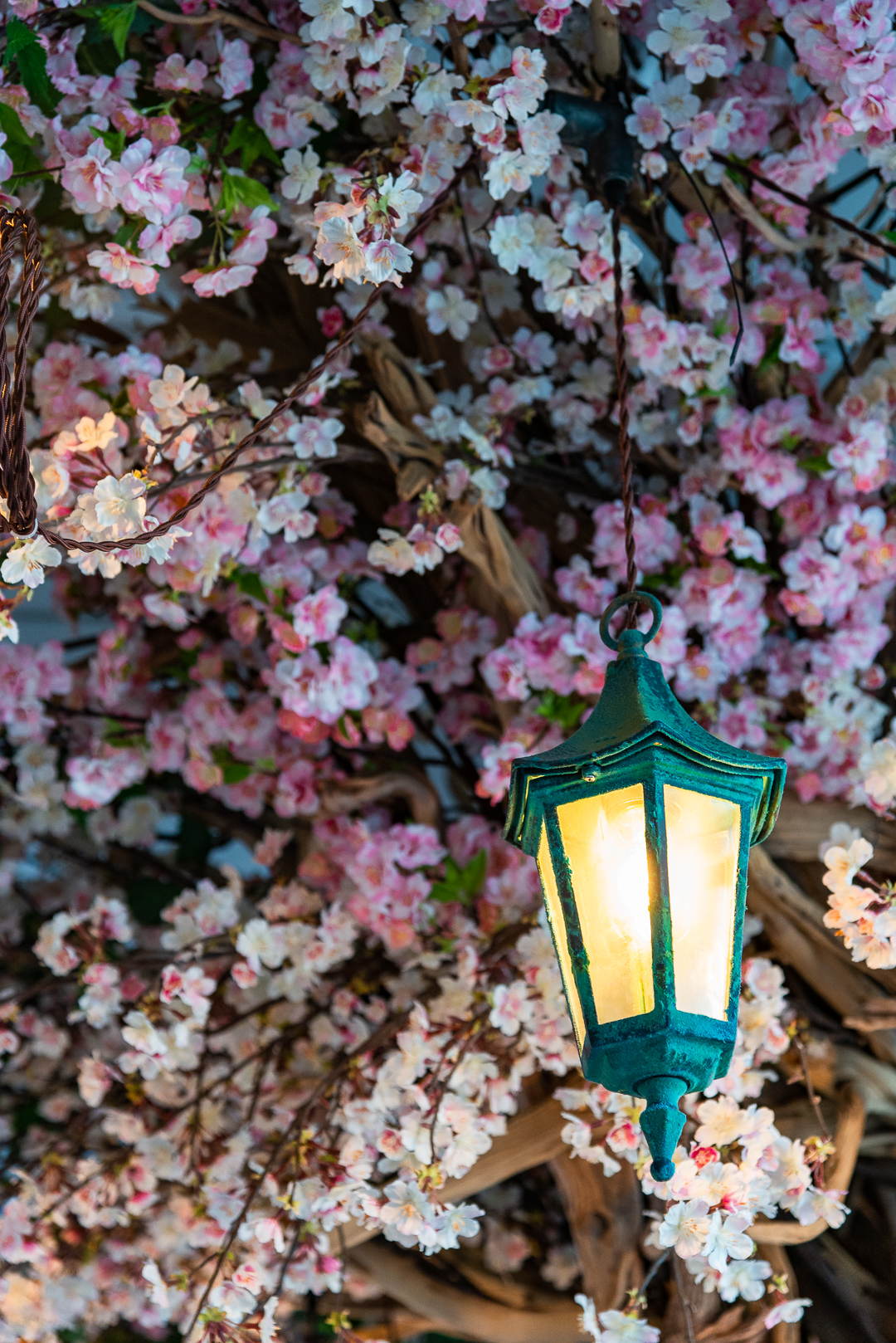 One of my main thoughts regarding the food was that although so much effort had been put into the various floral displays, and the general image of the restaurant, had this come at the expense of good food?

Well before I answer that I’ve got to mention the wide selection of drinks available. It was very impressive, from gins and cocktails, to the various wines, there was so much to choose from yet the quality was not at all compromised. 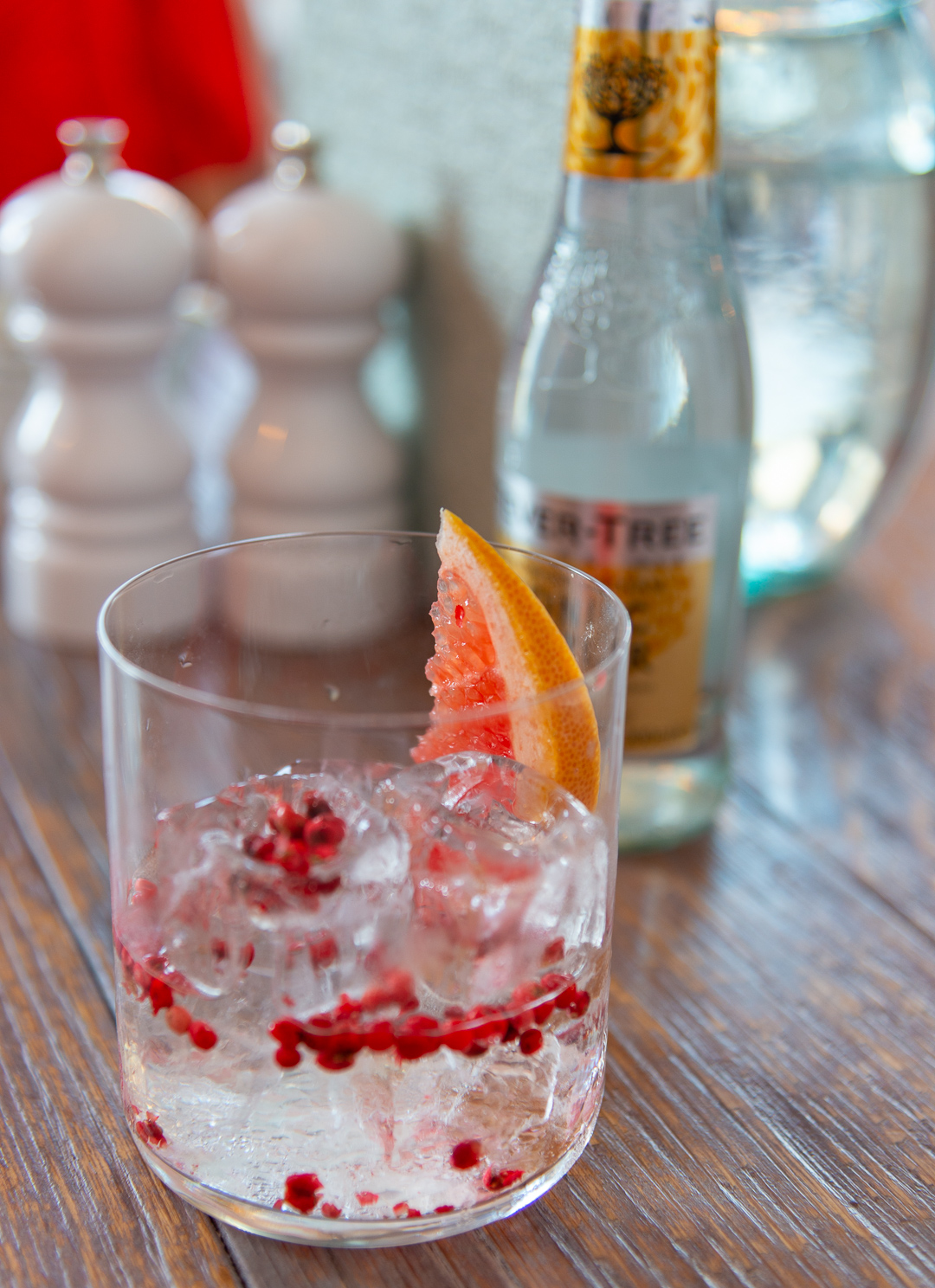 I cannot remember the name of the Gin cocktail I ordered but it contained pink peppercorns with a slice of grapefruit. It was refreshing to say the least, especially as it was the hottest day so far this year! My only small quarrel is that it wasn’t served with a small straw as the peppercorns became a bit of a nuisance trying to avoid them.

The service was exceptional. From the hostess that greeted us to the waiters and waitresses. You could tell this was a team working as a unit, despite the restaurant only recently launching. They were helpful, friendly and couldn’t do enough for you (including stabilising the slightly wonky table legs!). 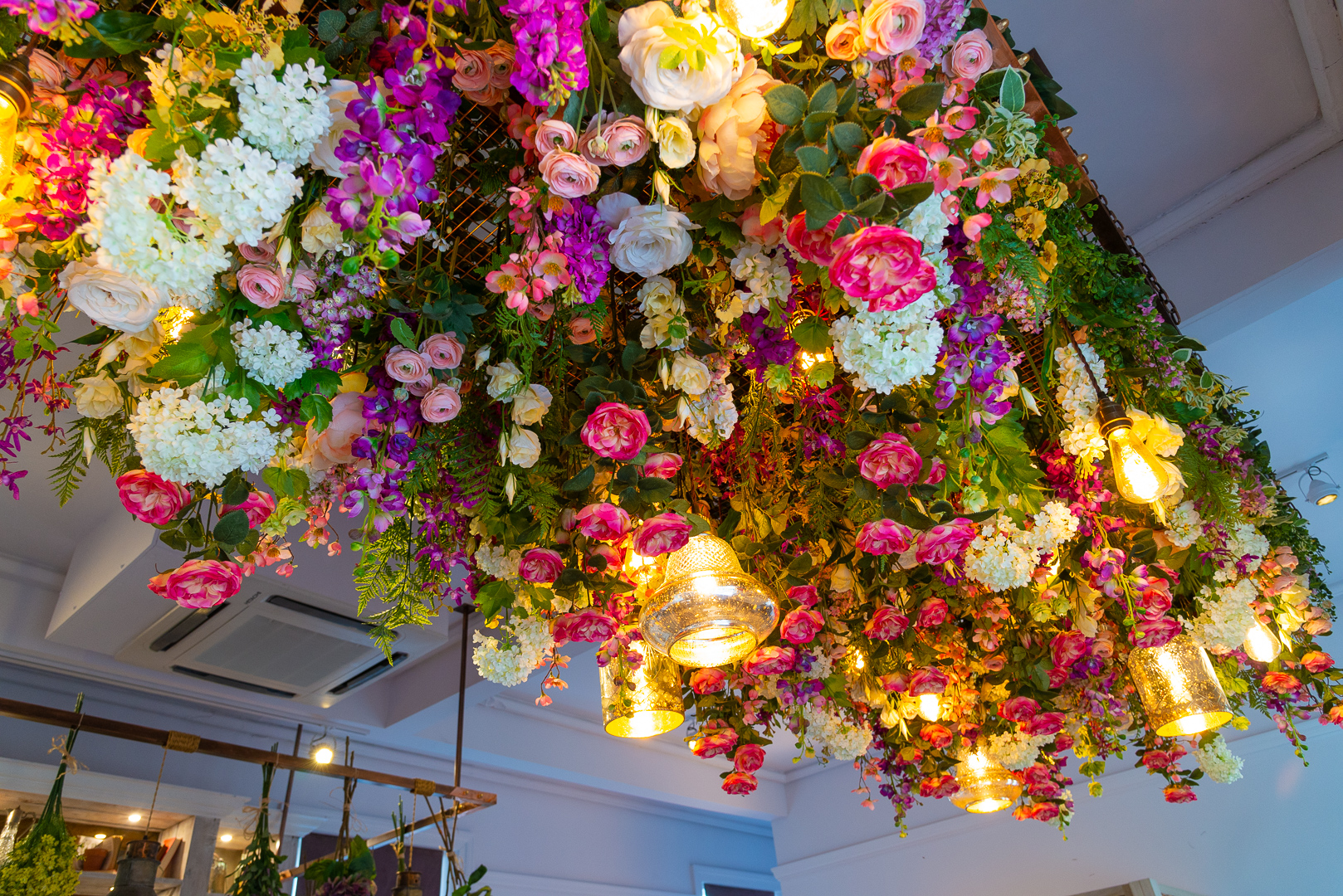 So to the food.. Before I arrived at the restaurant I’d already had a look at what was on offer on their website and found popular menu items with a much-updated twist. I like viewing a menu and being unable to decide what to have because there’s so many good options to choose from. It’s the kind of element that brings you back for a second or third visit.

I chose the Cola Pork and it quite literally melted in my mouth! You could tell it had been marinating for quite a while and as I pulled the meat away it just fell apart. The coleslaw that accompanied it gave it a crunchy overall texture and the harissa chips were a nice addition too. 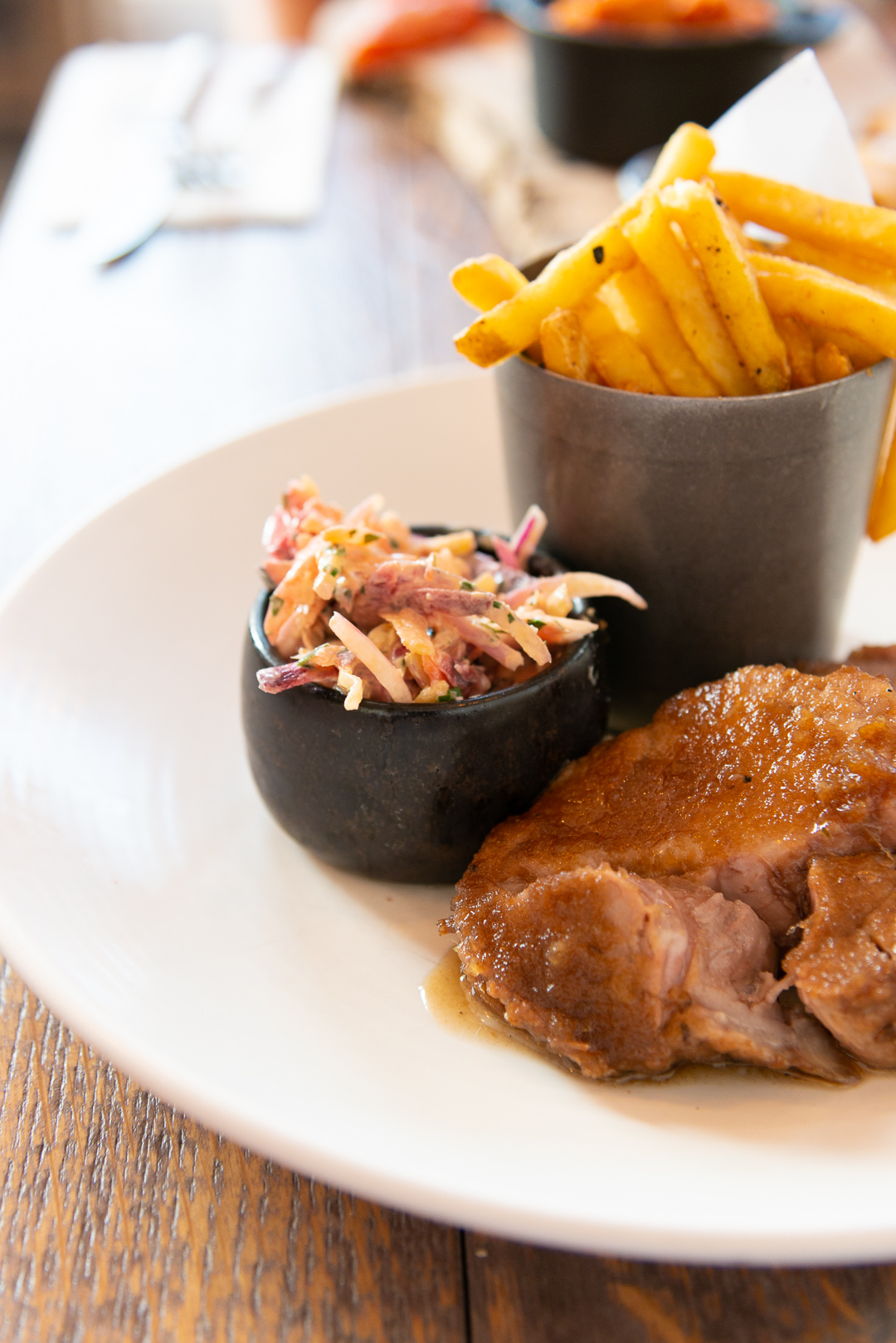 Overall the whole experience was truly outstanding and I’d recommend the restaurant to anyone who’s after a great meal surrounded by the most beautiful floristry I’ve ever come across.