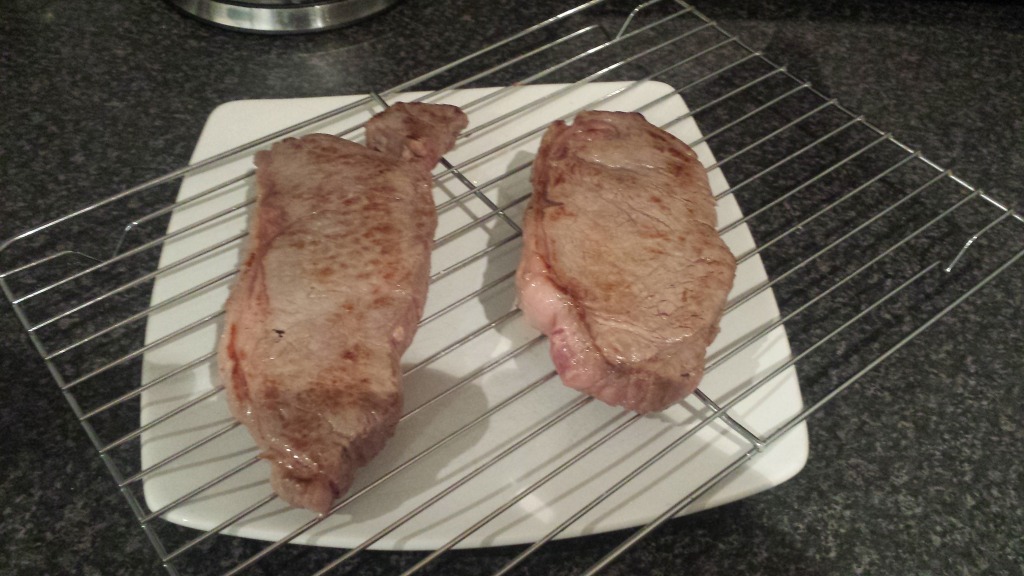 This one is certainly a post for the men out there, although plenty of women love a good steak too. I guess for some reason when you think ‘steak’ you think of it as a ‘man’s dish’ when in reality it’s probably ordered by just as many women in restaurants, and eaten by the same number at home.

Personally, I love my steak rare, which has not always been the case. From a young age it started off as ‘well-done’ then ‘medium-well’ and as I got older, the steak was cooked for less time. I think I became more comfortable with the pink in the middle and realised the less it was cooked, the less I had to chew!

Many people do make mistakes when it comes to buying and cooking their steaks. For instance, many think that the fillet is the most expensive because it has the most flavour however due to there being no fat on the steak, this is not the case. It is however the most tender and therefore needs to be cooked no more than ‘medium’ to get the most from it.

I would say a well-marbled (lots of clear lines of fat going through the meat) Sirloin or Rib-eye steak has the most flavour. They are also less-expensive than a fillet and are much more forgiving if you don’t quite get the timing right when cooking.

Whichever cut you choose to buy, follow these basic guidelines and you won’t go far wrong.