It’s been a week since I conquered the Tough Mudder challenge so I thought it was time to share my thoughts on the event now that I’m fully recovered!

I’d worked and trained hard at every gym session, trying to push myself more than I’d done in a long time. Tough Mudder was always at the forefront of my mind every time I entered the gym, and as I’ve said before, just having a goal like that and a reason to train was what took me to my very limits at the gym. 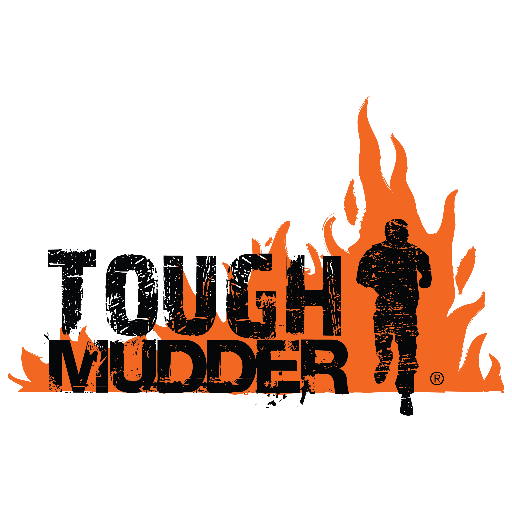 So I felt ready but also nervous. It was the drive down with my team that built the excitement. Kenny had devised a playlist especially for the occasion and I thought ‘Eye of the Tiger’ would be an appropriate tune! Unfortunately he didn’t have it, yet as soon as we arrived it was playing ready for the guys about to set off on their challenge.

Something told me this was going to be a day I wouldn’t forget in a hurry!

My first impressions as we drove through the wooded area of Cholmondeley Castle and it’s grounds were how alike to a festival this was. The tents, the camping areas, the stalls as we arrived and, of course, the very muddy grass we had to walk through to get to the entrance.

If I was to survive this, the thought of mud getting on my shoes would need to be the last thing on my mind!

The first thing to do was get our wristbands for our start times then find a place to attach our numbers to our tops. We were all wearing For Goodness Shakes t-shirts that had their mantra ‘Bring On Tomorrow’ and I couldn’t think of a more fitting thought at that precise moment!

I did think how organised and well sign-posted everything was. From the toilets, to the warm-up area, as well as where to leave our bags. I was impressed.

Once we’d emptied our bladders and I’d had something to eat (because I badly needed something to give me some energy) we approached the warm-up area.

This was fenced off so that only those that were about to start the event were allowed through. On the stage was a very excitable, funny character of a man who was more than ready to put anyone anticipating what they were about to go through at ease.

He asked if we all wanted the ‘normal warm-up’, the ‘dance warm-up’ or the ‘sexy’ one.

The crowd cheered the most for the sexy one and before I knew it I was down on my knees with my hands on my manager’s hips, being told to look up into his eyes! 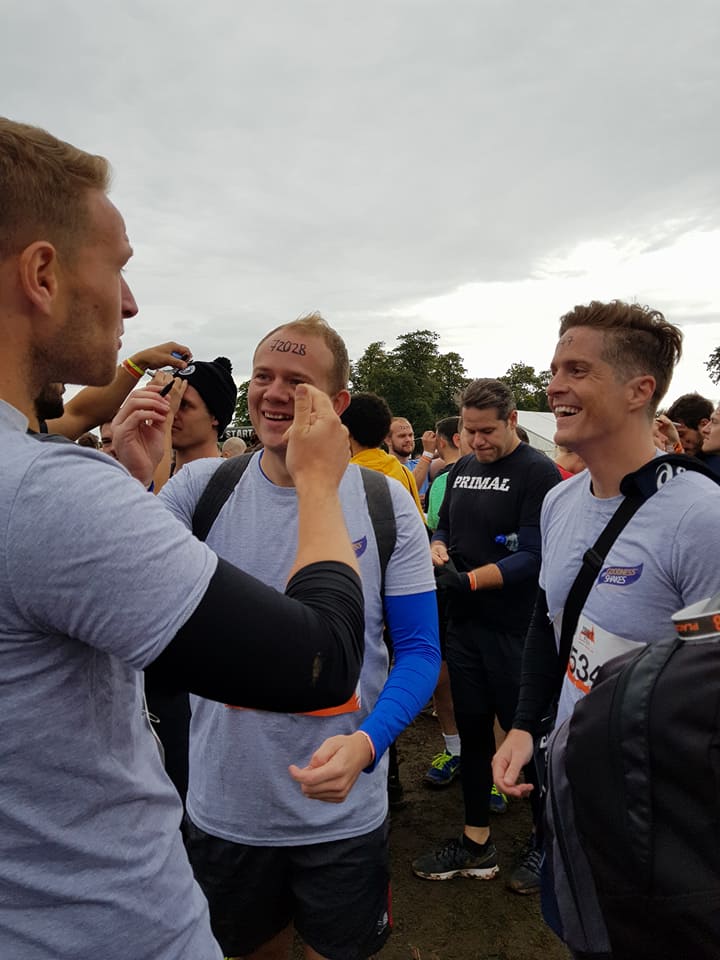 That was the idea of the event though. To do something you wouldn’t normally do, to belong with like-minded people who want to push themselves and do something they’d never normally do on a weekend.

Once the warm-up had finished we were led further into the field towards the starting line. Another energetic guy was there to meet us and told us that no matter how nervous or scared we were, we were to help each other through this. Whether we came alone or with a group, we were in this together.

He was very motivating and if that wasn’t motivating enough, he then told us that there was a blind man who was currently going through the course. There were no excuses. 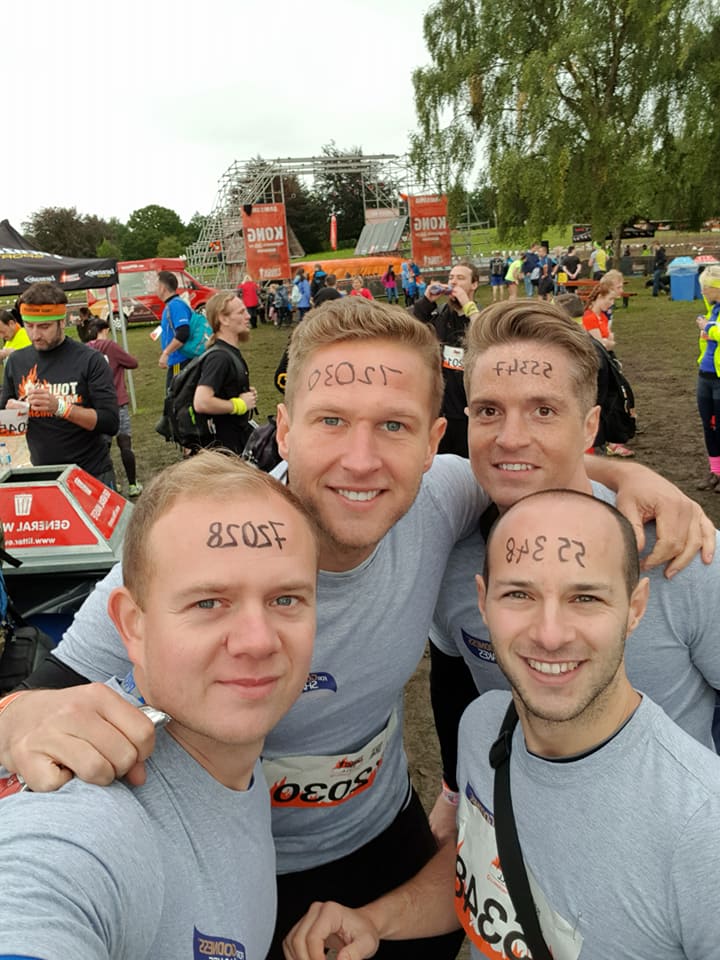 I won’t go into too much detail on every obstacle because you need to experience them for yourself. What I will tell you is that some of the obstacles will challenge you physically, some will push you mentally, especially if you don’t like going into a skip of freezing ice water or being electrocuted by 10k volts…. twice!

You walk or run through mile after mile of mud. Muddy fields, muddy swamps, lakes of mud. You climb, you crawl and you get through it together, even if you don’t know the person who’s helping you. They’re there for you as you’re there for them. That’s what Tough Mudder is all about.

The best advice I could give someone about the event, apart from telling them to do it, is to use a pair of shoes with a good grip on them. Believe me, there are parts of the course you cannot run through and you’re doing everything you can to try not to fall face first in the thick mud in front of you.

Thankfully Merrell came to my rescue one week before the event was to due to start.

They supplied me with their All Out Crush shoes, specifically designed for Tough Mudder, and I cannot thank them enough for them and stress to you just how good they were for helping me get through those 10 miles. 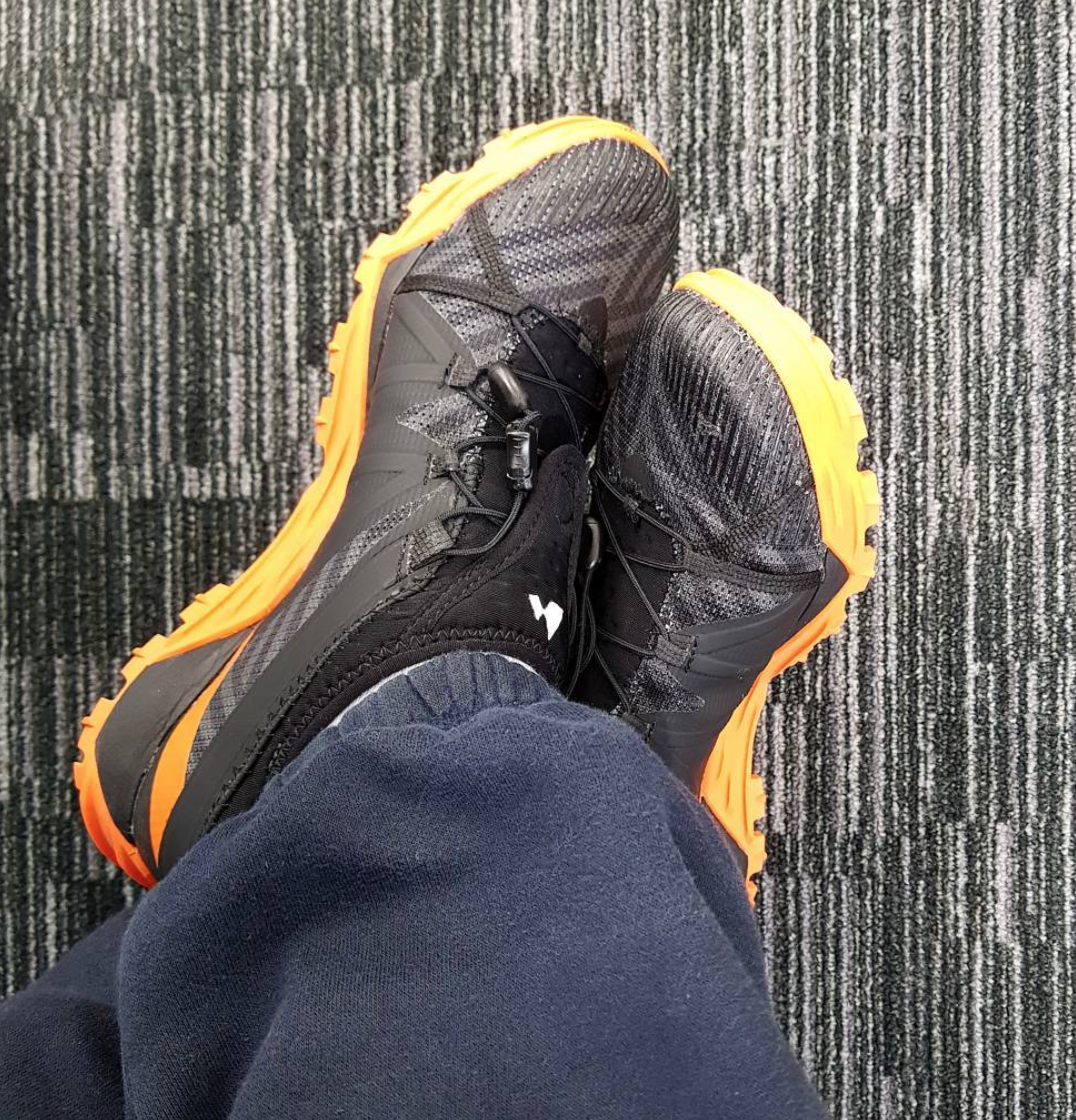 The design of them meant that any water that got into the shoe was able to escape easily which meant I wasn’t walking around with wet shoes all day. By the end they were covered in mud but I got them home, scraped the mud off, gave them a rinse and they were ready for the next event! A very worthwhile investment!

Finally we made it through to the end after running through the live wires that dangled down the 20 foot box that stood between us and the finish line.

The only way I could describe being hit by 10,000 volts is like getting punched in the face really hard! Gilly, one of the guys on the team was just in front of me as one of the wires got him and he dropped down to the floor. Next thing I knew I was down too. 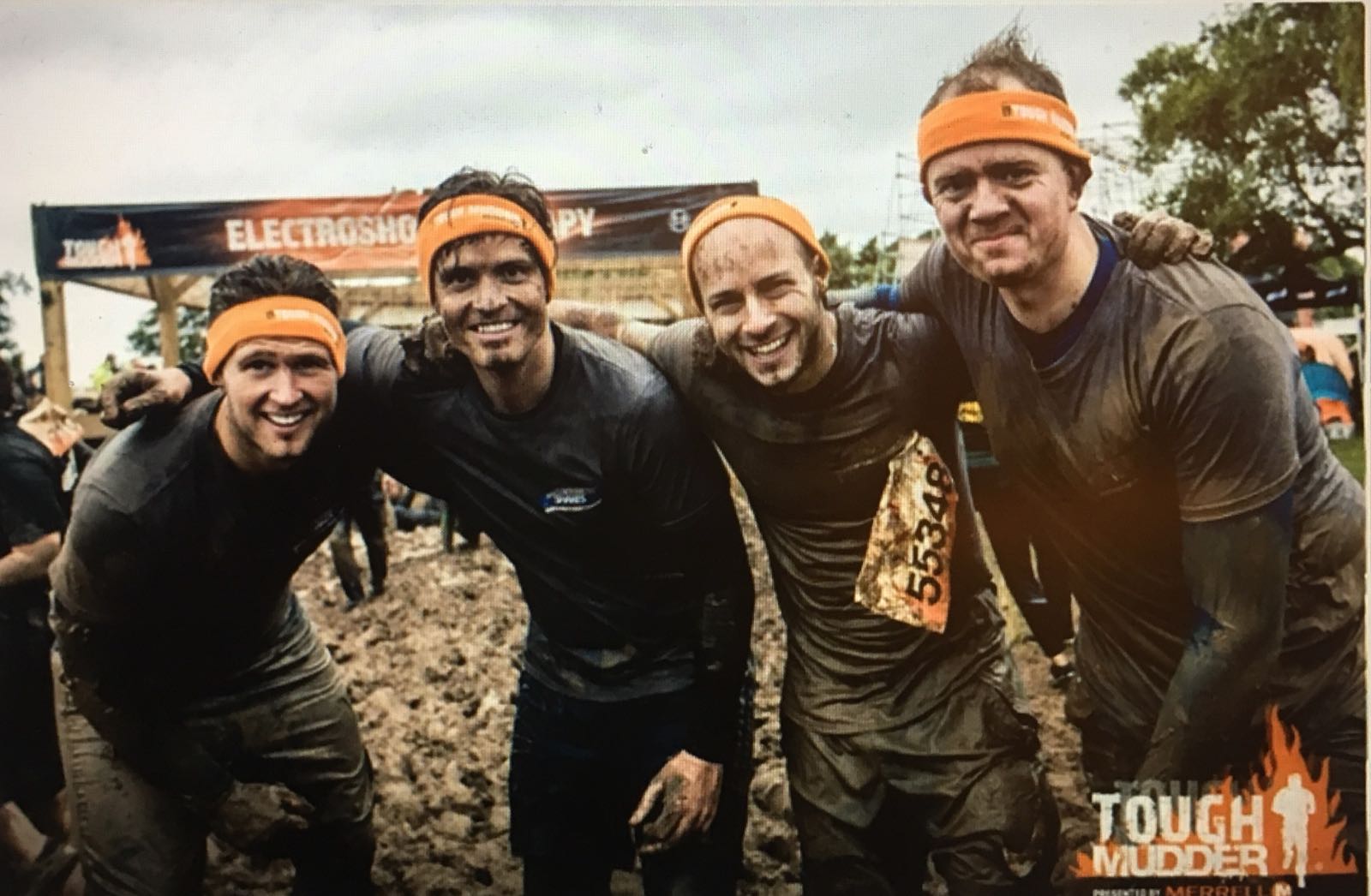 I decided to crawl through the hay, on my hands and knees trying to keep as low as possible and I made some progress before the second bolt got me right on the back. At that point though I didn’t care, I’d made it through to the finish line and was greeted with smiles, my new headband and t-shirt, along with a very cold (and much-needed) Cider!

The feeling was a mixture of achievement, relief and exhaustion. We’d started and finished together and I couldn’t have asked for a better team to do this with.

So a big thank you to Well Hello Comms for approaching me to do this. Despite my reservations at first, I persevered and I’m so glad I did. 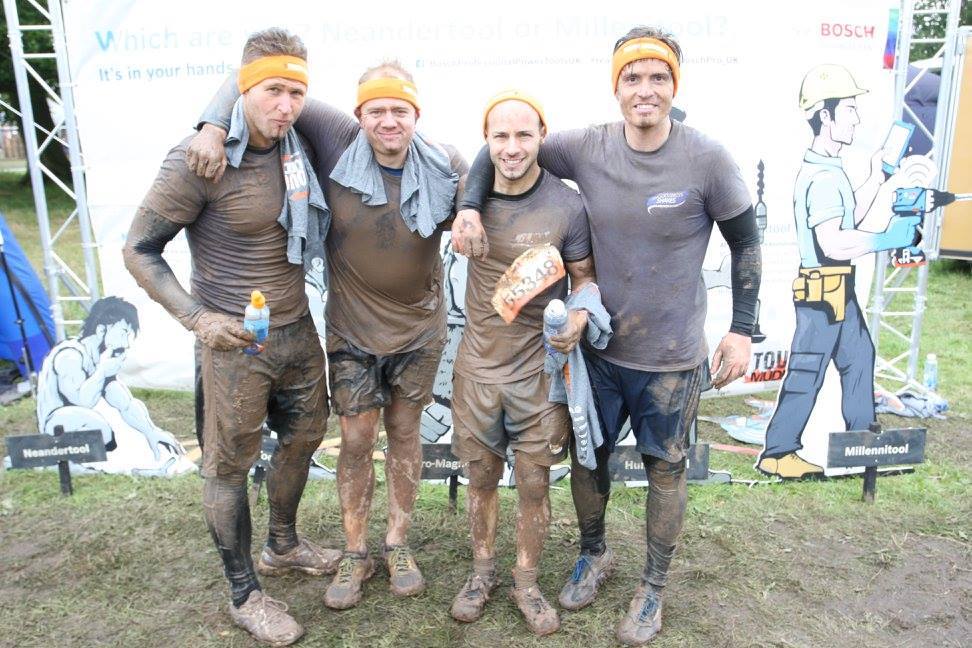 To For Goodness Shakes who’ve supplied me with plenty of their delicious Protein shakes throughout the training. It was an honour being part of your team and I thank you for giving us the opportunity to participate in an event that I’ll never forget.

Finally to anyone who’s thinking of doing this, all I can say is go for it. You will not regret it. It’s like nothing you’ve done before and it’s these experiences that will live on in your memory for a long long time. 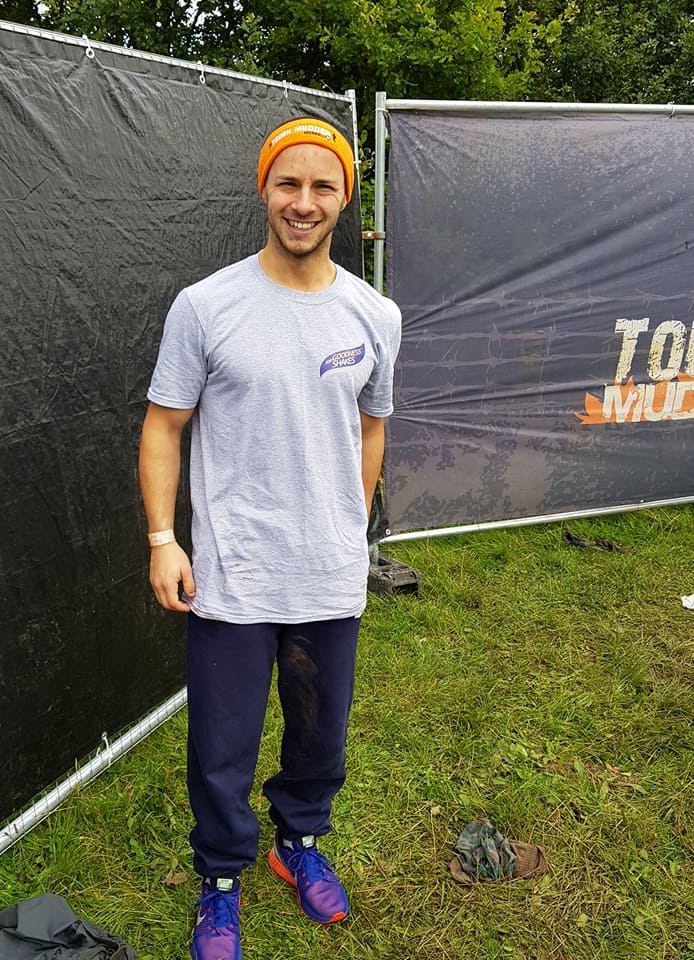 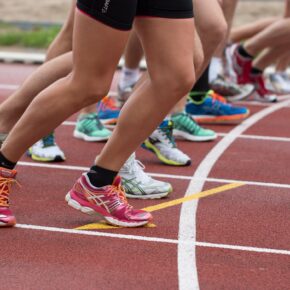 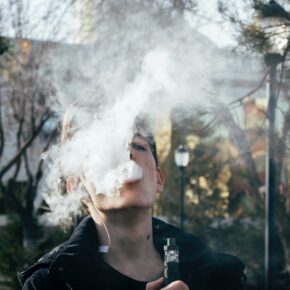 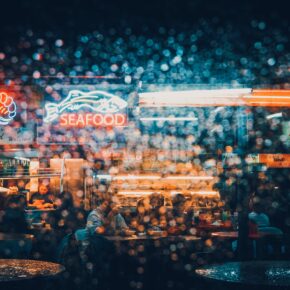 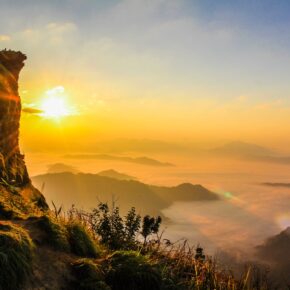 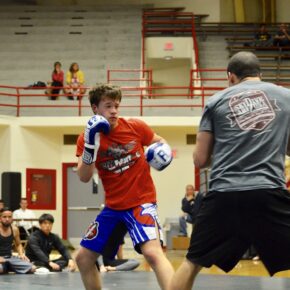 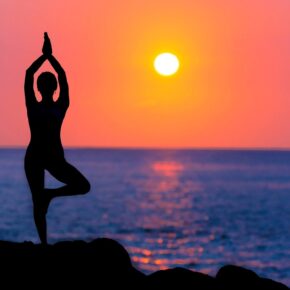