You often see numerous bits of gear when you’re working out. Some people have gloves for lifting weights, others use ironwear, a few might be wearing sauna suits – it all depends on what they’re at the guy for. And you might have also encountered people wearing a huge belt while working out, especially for lifting weights. It’s that thick piece of leather wrapped around their waist that looks like a boxing championship belt. If you’ve already seen one then it probably made you think, “What exactly is it for?”

In this article, we hope to shed some light on the significance of the weightlifting belt, its role in exercise, and if you should use one.

What’s The Purpose of Weightlifting Belts?

If you were to guess what weightlifting belts are really used for, we wouldn’t blame you for thinking that it serves as some form of protection to your lower back, especially when doing high impact exercises such as deadlifts or squats. This notion is actually not that far off. 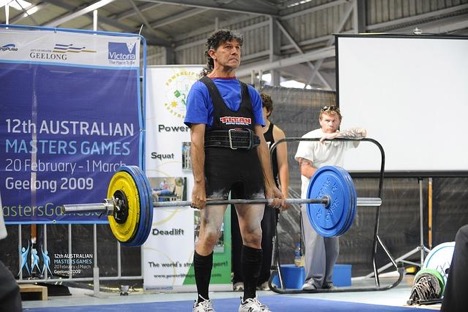 Weightlifting not only requires strength to pull off a repetition, but it also needs to be backed up with proper breathing. In this case, most weightlifters hold their breath as they lift 300 pounds of steel to control the stability of their body, particularly around their core and spine.

The belt then becomes that extra padding of “abdominal muscle” to brace the body to absorb that extra amount of weight, while the person doing the lifting holds his or her breath simultaneously. As they take a deep breath into the belt, it intensifies the abdominal pressure, which then helps protect the lower back, enabling it to handle that amount of stress.

How Exactly Does a Weightlifting Belt Work?

Like any belt, the ones used for weightlifting also come in different sizes, and the first step is to find a weightlifting belt that will fit you. The main idea is to have it snug enoughthat you can actually press out against it by pushing your stomach out, but not too tight that it already impedes your breathing.

Where the belt is situated in the body is another important factor, as you do not want it too high or too low. According to experts, the sweet spot is right at the bottom of the ribs and above the iliac crest, which is the largest and most prominent hip bone.

The belt should also not be a hindrance to your movements, especially when doing squats and deadlifts. 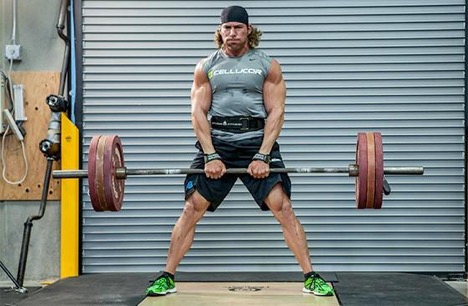 What Are the Advantages and Disadvantages of Using a Weightlifting Belt?

We already touched on how the weightlifting belt can act as a protection to the lower back, and that is very important, especially since a lot of people frequently endure and suffer this kind of bodily injury from weightlifting. However, these belts also provide stability to your body, which in turn, enables you to lift heavier weights. This is why weightlifting belts are used predominantly by powerlifters, who sometimes lift weights that are almost three times their body weight.

There are some disadvantages to using a weightlifting belt. For one, these belts can easily inhibit the motor learning of the body, particularly in the abdominal muscles. This could be a problem especially for beginners who have just begun lifting weights in the gym. Once they start off with using a weightlifting belt, it can easily prevent them from contracting their core muscles the right way.

Another drawback is actually connected to one of its benefits, and that is it can actually weaken the lower back. As previously mentioned, weightlifting belts offer protection to the back by relieving it from the pressure of doing the exercise. However, the lack of pressure can also weaken it in the long run, and that can be troublesome. For this reason, some use their weightlifting belts intermittently.

Should I Use a Weightlifting Belt for Working Out?

This is a good question that many enthusiastic gym goers finds themselves asking, especially when they are about to go lift weights for the very first time. The answer to this is pretty simple, and that is a weightlifting belt should only be bought and used when necessary.

Most of the uninformed would probably be using the belt for any kind of weightlifting exercise, which, of course, is pointless. A weightlifting belt definitely will not serve its purpose for shoulder presses, bicep curls, or leg presses, since these exercises do not directly impact the back and core.

Ultimately, it will be up to you to make the proper discernments when it comes to this piece of equipment. Just make sure that it will actually be a tool for your progress, instead of a hindrance. Almost everyone’s body is different, and therefore everyone’s body needs will vary slightly during weightlifting. For powerlifting that involves the lower back, it is definitely recommended to at least try a weightlifting belt out.