WHAT IS GLUCOMANNAN?
Glucomannan is a natural, fermentable, water-soluble dietary fiber that is extracted from the roots of the konjac plant (also known as elephant yam) which is originally from Southeast Asia. Glucomannan has an incredible ability to absorb water and it’s one of the most viscous dietary fibers there is. It has a long history of use in herbal remedies and traditional foods, but it has recently gained considerable attention as an effective weight-loss supplement!

Indigenous Southeast Asians use glucomannan to treat asthma, burns and skin disorders amongst other things. In the modern world it is used as a weight-loss supplement, for skincare and in foods like noodles, pasta and gelatin!
Glucomannan or the konjac plant has many different local names such as konnyaku potato, devil’s tongue, voodoo lily, snake palm and elephant yam as I mentioned earlier! 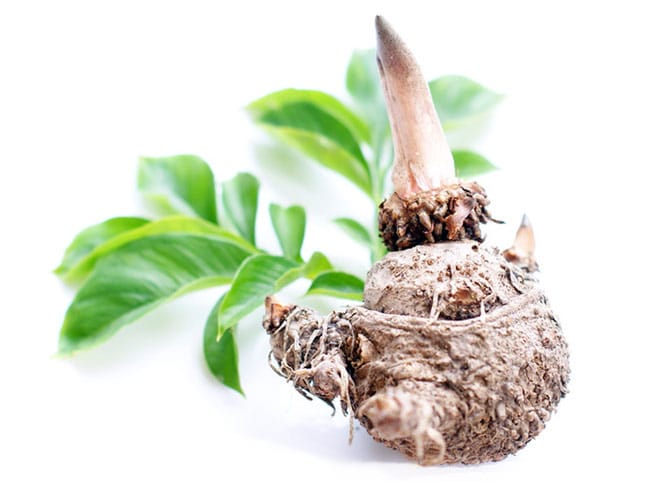 What is glucomannan? Hopefully that brief overview has given you an answer to that question!
In the rest of this article we’re going to look at glucomannan’s various health benefits, how exactly glucomannan aids weight loss and any side effects to using glucomannan as a dietary supplement!

GLUCOMANNAN HEALTH BENEFITS
I will go on to talk about glucomannan’s ability to help weight loss a little bit later in the article, but first I’ll take a look at glucomannan’s other health benefits.

According to the National Centre for Biotechnology Information, glucomannan can help improve several important risk factors for heart disease. These include total & LDL cholesterol, triglycerides and fasting blood sugar. Adding glucomannan to your diet can help reduce the risk of developing heart disease and type 2 diabetes.

Glucomannan is also what is known as a ‘prebiotic’. Prebiotics help feed probiotics! Higher intakes of prebiotics (like glucomannan, garlic & artichokes) are linked to benefits, including better gut health, lower stress response and higher immune function!

Finally, glucomannan is also proven to relieve constipation in children and adults. It works in the stomach and intestines by absorbing water to form a bulky fiber which in turn treats constipation!

HOW DOES GLUCOMANNAN HELP WITH WEIGHT LOSS?
Clearly, as outlined above, glucomannan has many more health benefits than just acting as a weight loss aid. However, it is this role that has made the plant so popular in recent times.

Konjac root’s fiber has an extremely low caloric content but is extremely high in fiber. Vegetables have this same profile, so it is no wonder that glucomannan contributes to a healthy waistline.

As with other soluble fibers, glucomannan absorbs water in the stomach and contributes to satiety (the feeling of fullness)! For this reason one is less likely to overeat!

So, in accordance with a healthy & balanced diet, glucomannan-based supplements have been proven to lead to modest weight loss in overweight individuals! 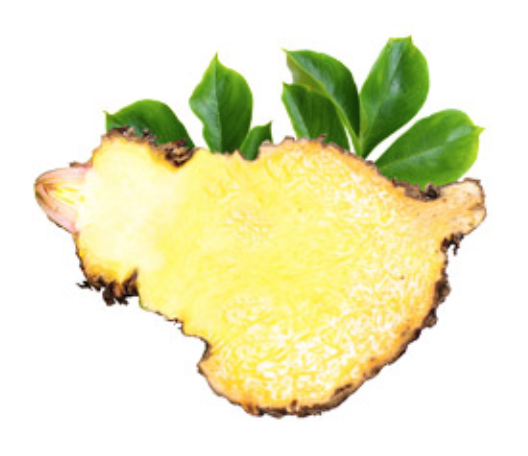 Though uncommon, minor side effects may include diarrhea, flatulence and bloating.

It is important to always wash down glucomannan supplements with water so as to avoid choking!

Hopefully that round-up answers the initial question – ‘What is glucomannan?’ – and gives you all the additional information you should need!