Ok so it’s not the first gym class that I’ve ever attended but certainly the first I’ve been to in quite some time. There’s not really been any reason not to attend as most are very professional and really push you to your limits. I could perhaps say it’s quite intimidating being the only guy in the class surrounded by women who clearly have more experience at doing these sorts of activities. Perhaps it’s the added pressure of being the only male and needing to ‘represent’ my gender!

Thankfully the instructor was also male, not that that put me at ease, because as soon as the 5 minute warm-up had finished it was high intensity from then on. I mentally thanked myself for making the effort on the treadmill by not just jogging at a reasonable pace but by running at intervals; fast, slow, fast, slow and it was here that it was coming in handy.

This was BodyTone and it worked your legs, arms, shoulders and core whilst also getting your heart-rate right up. It certainly wasn’t for beginners and this aggressive instructor was taking no prisoners. He informed us at the start that if you were struggling not to stop but to continue with the same movements only without the weight/dumbells.

Finally the class had ended and although I was sweating with barely the ability to walk, there was also a feeling of accomplishment that you get when you’ve given your all at the gym. This was certainly a case of not leaving anything behind because I didn’t have a choice but to work hard and sometimes having someone there, screaming at you not to stop, is exactly what you need for that added motivation!

I would definitely recommend giving either this or another class a go, if you’ve not done so already. It certainly broke up my usual routine of lifting weights and working on my core alone. I think I’ll be feeling it tomorrow though! 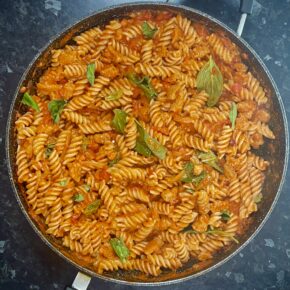