I can’t believe it’s almost December already! Where has this year gone?!

It’s been such a crazy year for me and I am fully aware and a bit gutted I’ve not had the opportunity to write as many personalised blog posts as I’d have liked. Hopefully you’ve found the regular guest posts around the various elements of fitness, eating healthy and general well-being to be interesting and informative for you!

I also assure you that in the new year I will have more time to provide more blog posts, recipes and various reviews!

Today I’m proud to introduce a brand new product that’s literally about to launch onto the market from SKINS.

As many of you will know, when it comes to compression tops and tights I look no further than the very best.

Running is so important to me and just because it’s the Winter and the weather is much colder and wetter, it doesn’t mean I’m going to choose an alternative exercise and compromise on what I love most.

I know many of you feel the same which is why SKINS have just launched their brand new DNAmic Ultimate range.

This range of compression-wear is the most advanced gradient compression that includes durable MX Memory Fabrics which helps to maximise performance and protection during high-intensity, long distance and heavy-weight training.

I’ve been testing out the compression tights for the last month and they’ve performed exceptionally well, even for the high standards I already hold SKINS accountable for, they’ve surpassed them.

I tested them in all sorts of conditions and they just continued to impress. If you’re wanting to find other compression products to test out, you might want to see what they can do for you during your runs, or alternatively look at other providers such as Dr. Motion and others that can stock compression wear that aims to look like daily clothing pieces! 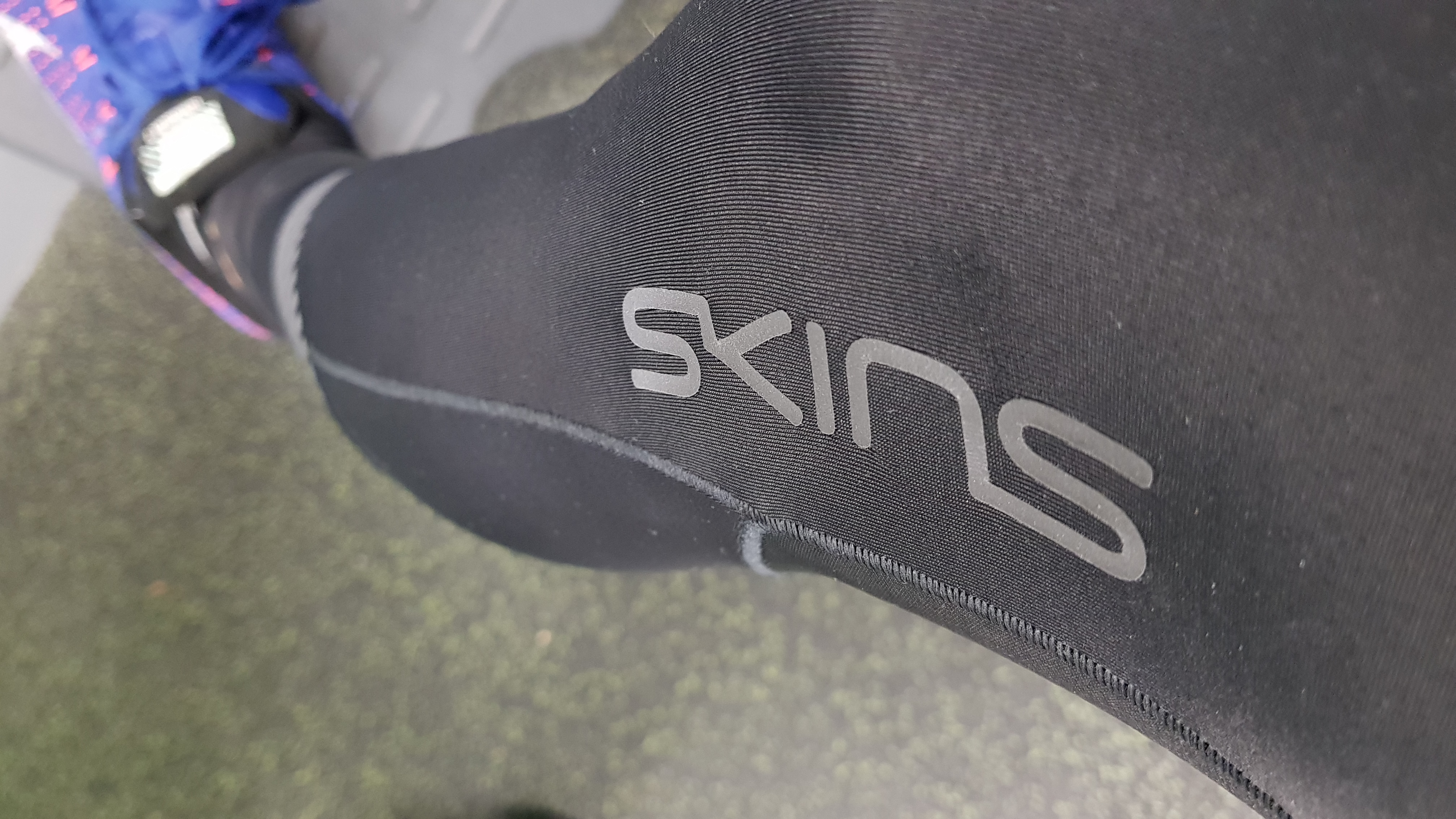 I ran several times outdoors with them and despite the sudden cold temperatures, I barely felt any cold or wind whilst running. I know this can put people off from going outside but this takes all of that away and it’s just you and the outdoors and wherever you feel you want to run.

The rain was another factor that used to put me off in the past, yet despite testing them in light and heavier rain, nothing got absorbed! I knew that because my trainers didn’t fair as well as my socks became pretty wet on one particular running session!

Another area I noticed was the durability of the tights. Sometimes in the past I’ve found compression tights to be difficult to get on and get off (especially get off after the sweating!). These felt different. The elasticity was more flexible than what I was used to, yet you knew they were extremely strong. 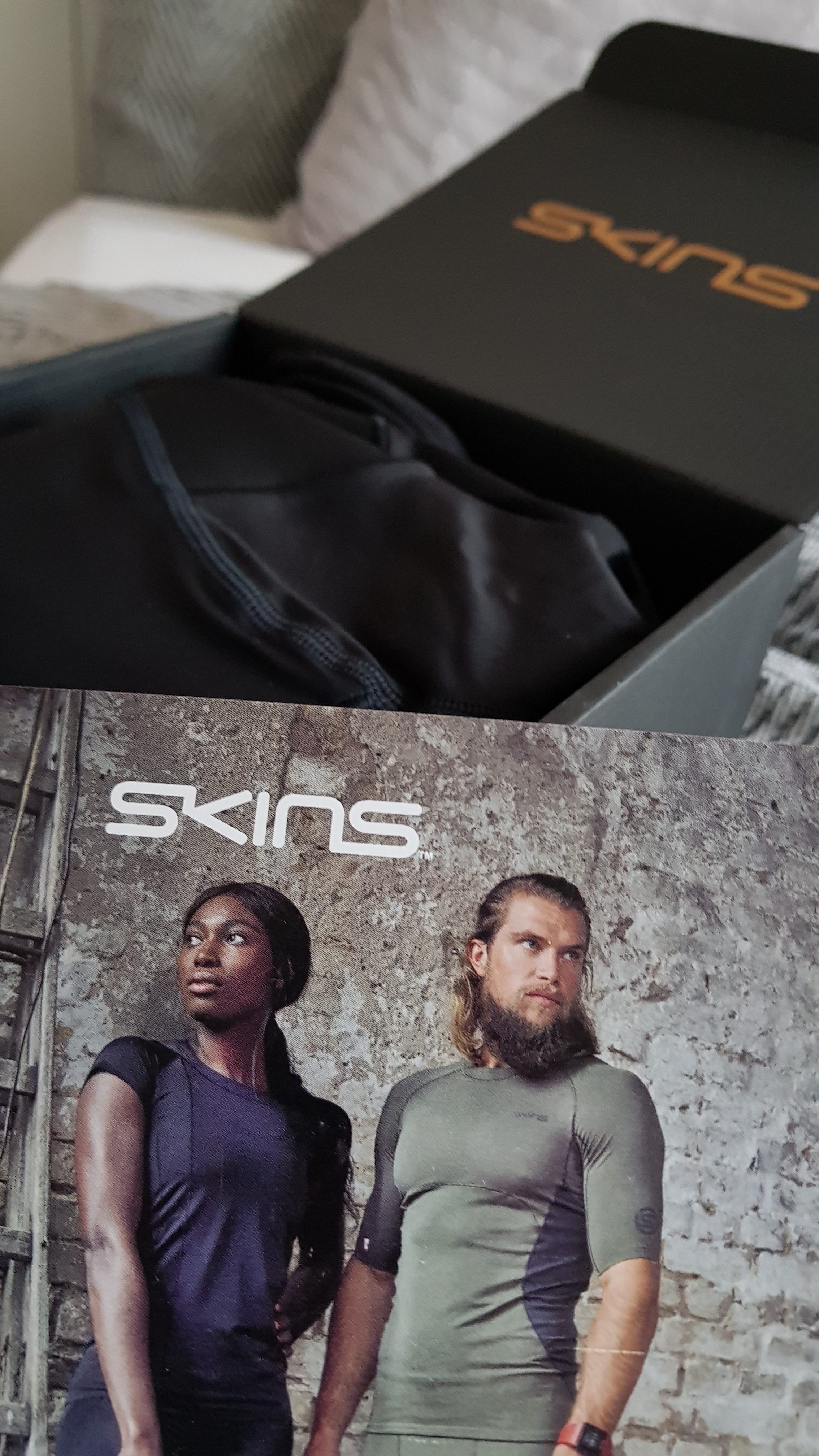 I also used them in the gym for the first-time ever. I wanted to see what resistance training would feel like wearing them, with the other objective of keeping my legs warm! I had no complaints whatsoever. I felt the compression tights gave my legs extra support which allowed them to recover better later on.

The new DNAmic Ultimate from SKINS are not cheapest compression tights out there but I can pretty much say for certainty that they’ll outperform any cheaper alternatives. So if you’re serious about continuing your training through sometimes difficult conditions and don’t want to be put off by the bad weather, definitely consider these.