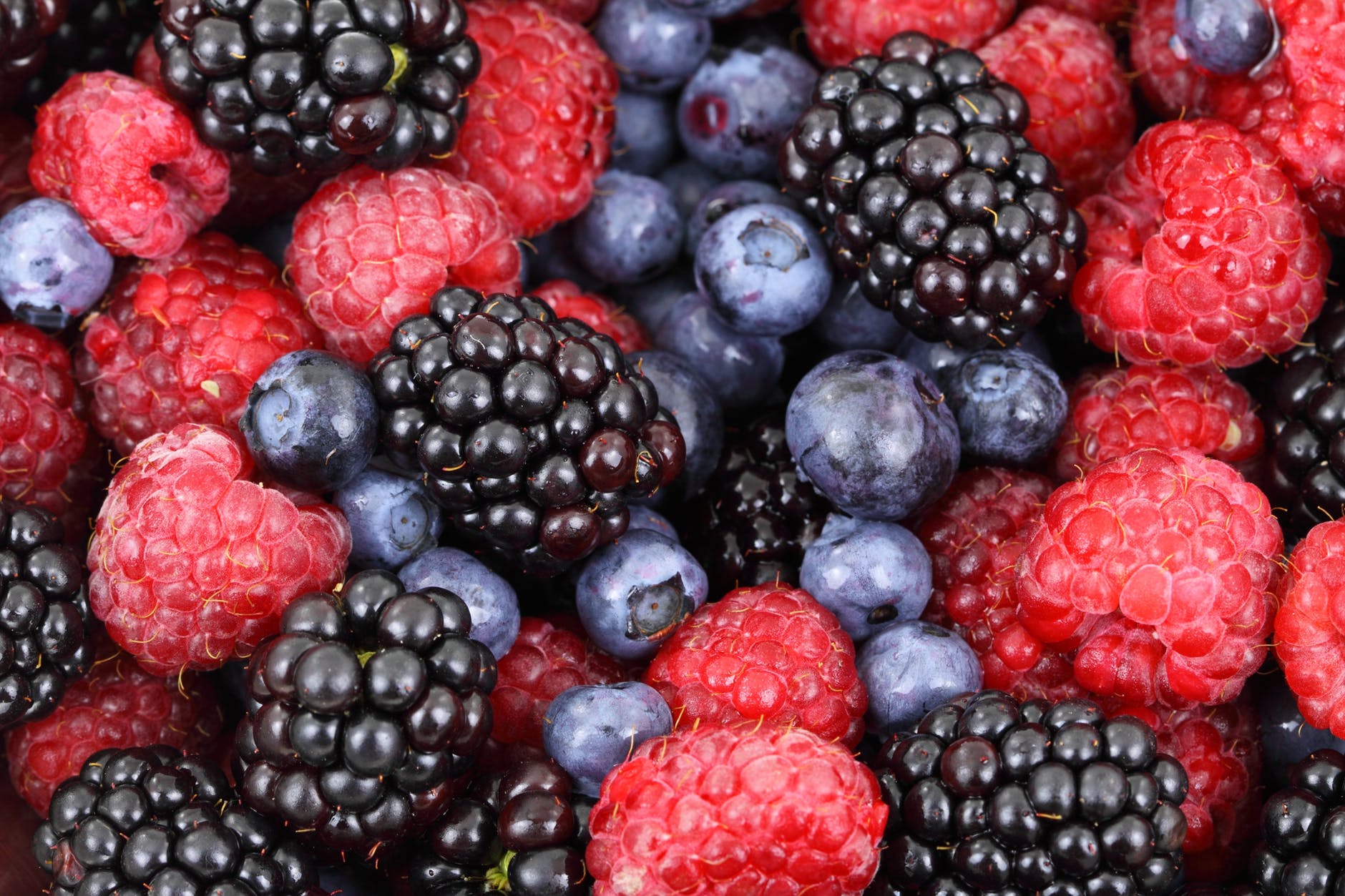 I’m currently working with British Summer Fruits and their exciting new campaign all about Seasonal Berries! Many of you will already know how much I adore fruits of all types and try my best to incorporate them into recipes whenever possible.

So very soon I’ll share with you my brand new recipe that’s dedicated to seasonal berries, but before I do so I wanted to share with you some research that”s been carried out specifically all about the health benefits of berries, particularly why men should consume them pre and post-workout.

It’s no surprise that over half of men work out regularly each week, but it seems grabbing something convenient is more important than considering health benefits or a good energy source for their pre or post workout snack.

Most men choose running (22 per cent), going to the gym (20 per cent) or cycling (18 per cent) as their main form of exercise, but over half admit they don’t follow fitness trends or diets.

New research from British Summer Fruits, the industry body that represents 98 per cent of all berries supplied to UK supermarkets, reveals that the most popular snack men eat before or after exercising is fruit (36 per cent), but this tends to be bananas (63 per cent) or apples (49 per cent). Less than one in ten men say they eat berries often when exercising.

Twenty per cent opt for pasta, 12 per cent have an energy bar and one in ten choose an energy drink.

But what men might not realise is the wealth of health benefits of fresh berries. A recent study carried out by the University of Reading[1] revealed that eating strawberries, raspberries, blackberries and blueberries can improve reaction times, stabilise mood and keep us focused, as well as sustaining cognitive function for hours after consumption, making berries the perfect pre workout snack.

Not only that, berries contain polyphenols, antioxidants which can help counter the toxins your body releases while exercising, as well as helping to reduce muscle pain and inflammation. Berries can also help your body replenish its energy levels due to containing complex carbohydrates. 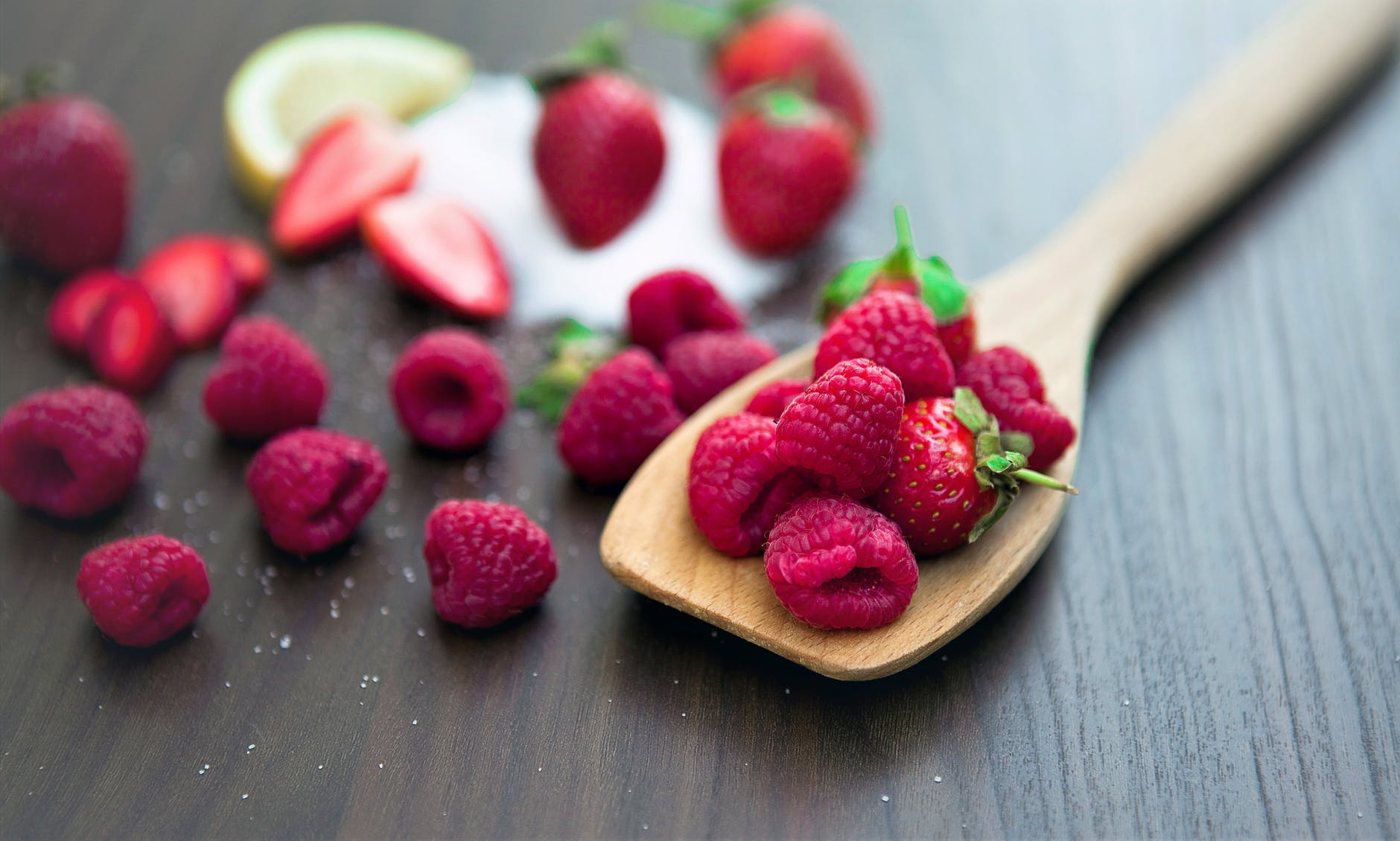 The research of 2,000 people by British Summer Fruits also found that:

Over half of men (54 per cent) said the reason they don’t eat berries is because they’re too expensive. However, a standard portion of fresh berries (7 strawberries, two handfuls of blueberries, 1 handful of blackberries or 20 raspberries) works out at a similar price to buying a single banana or apple.

Fresh berries are perfect eaten straight from the packet, thrown into smoothies or baked into homemade energy bars.

The research, which was presented at the recent International Conference on Polyphenols and Health in Quebec[2], tested 40 adults aged between 20 and 30 years who consumed either a drink containing 75 g mix (a portion) of strawberries, raspberries, blackberries and blueberries, or a placebo. The adults were tested on a computer-based task battery examining executive function and mood at two, four and six hours after consumption.

Findings from the double-blind trial suggests that the adults who consumed the polyphenol-rich berry drink sustain cognitive performance throughout their day. So instead of reaching for that afternoon biscuit or energy drink, a smoothie of mixed fresh berries and water could prove to be the best pick me up and could even boost your fitness performance hours after the drink has been consumed.

Berries now make up a remarkable 22 percent of all fruit sold in the UK, pushing the value of the berry industry above £1.2 billion. Where apples and bananas were once the traditional, staple fruit, fresh berries are now the most popular fruit item in shoppers’ baskets. (Kantar data)

Over the past year, more than 126 000 tonnes of strawberries were sold in the UK, with shoppers spending more than £580 million. And the consumption of fresh berries, which includes strawberries, raspberries, blackberries and blueberries, has grown by an impressive 132 percent since 2007, outstripping the 49 percent increase of fruit consumption as a whole. (Kantar data)