As I continue to improve my own knowledge of cooking and ingredients I thought it would be useful to share what I’ve learnt with you guys and talk a little about the various Grains that you may have heard of but aren’t sure about the differences. In this post I’ll look at the types, how to cook them, store them and what they go well with.

Grains have a high nutritional value and contain much higher nutritional content when you compare them to refined carbs such as pasta and white rice.

If you know how to use them (and they’re pretty straight forward) then they’re very cost-effective and contain are an excellent source of protein. Try substituting rice for quinoa or couscous.

This is actually a wheat-free seed, despite it’s name and is also gluten-free. You can boil them and then finish off by roasting in a frying pan. You can use buckwheat in your porridge, bulking up salads or even as part of a risotto.

Cook it by adding around 1/3 of a cup of buckwheat to 2/3 water or stock and simmering until the water has been fully absorbed by the grain.

This type of grain is very popular in the Middle East. Bulgur Wheat is made from wheat that’s been parboiled, dried and then cracked. It is very durable when cooking as it can be cooked for quite some time before it starts to go soggy, making it the perfect accompaniment for soups, casseroles or in a stew. 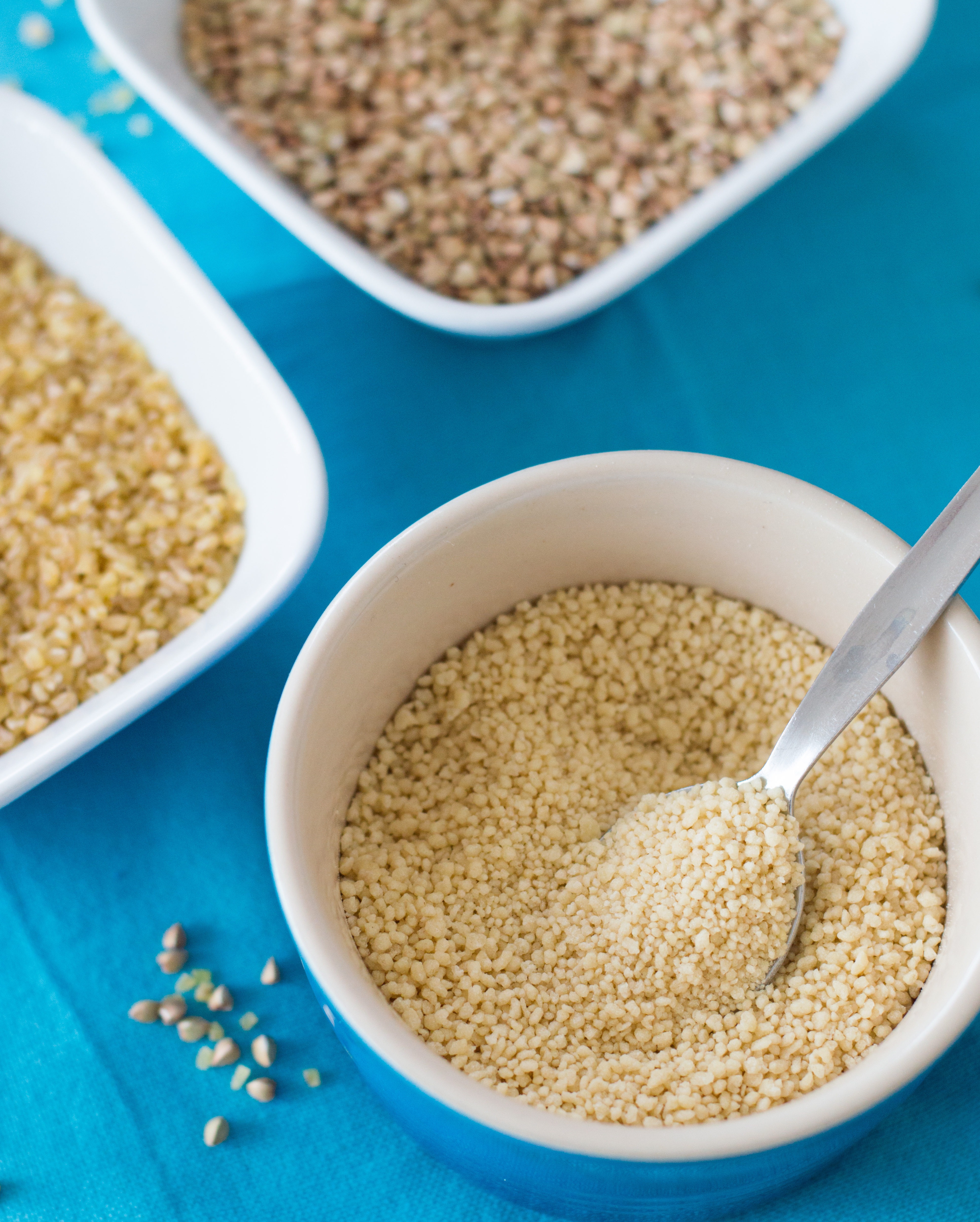 For quite some time I was pronouncing this as ‘kin-o-ah’ but it’s actually pronounced as ‘keen-wah’. It appears small to begin with but can triple in size when cooked. You’ll know it’s cooked not only because of the difference in size, but also it will become translucent. It’s very popular in vegetable dishes and salads.

This is one of my favourite types of grain and is made from steamed and dried durum wheat. Usually couscous has already been pre-cooked when you buy it from the supermarket and all you have to do is bring it back to life by hydrating it with boiling water, seasoning and covering for 5-10 minutes until the water has been absorbed.

It will certainly bulk up your meals and offers a healthier alternative to other carbs such as white rice and potatoes.

Up until recently I didn’t know too much about this type of grain. It is made from green wheat and is then roasted. This grain, along with many others, is known for it’s high content of protein and fibre. It will definitely keep you fuller for longer also because of it’s nutritional values. It can take some time to cook (usually around 45-50 minutes) but offers a pleasant nuttiness flavouring and goes great with poultry.

Cook it by adding around 2 and a half parts water or stock to the whole grain itself, cover and then simmer. You will know they are cooked when the freekeh has softened and the water has been absorbed. 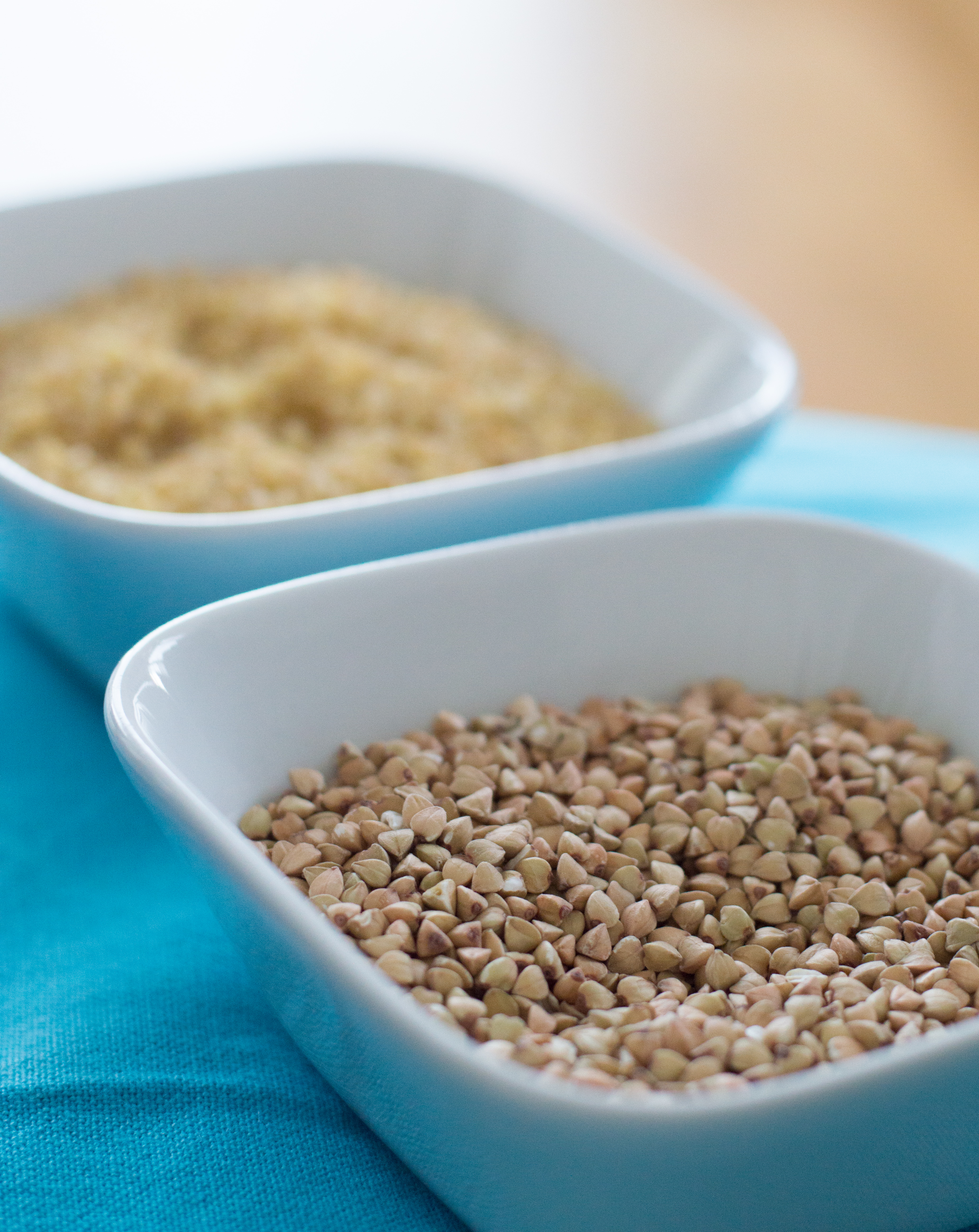 Pearl Barley is simply barley with all of the bran removed, leaving the grain with a very light white/translucent finish. It adds a lot of texture to stews and soups and is cooked by simmering two parts water to one part pearl barley and simmered for 30 minutes.

Usually you can keep grains for up to a year providing they are kept in an air-tight container and away from heat and moisture.

The main ways to cook with grains is to boil or steam them for a certain length of time and then they’re ready. This is the case whether you boil them independently from your main dish or as part of it.

Unlock the world of grains and you will not only save yourself plenty of money each month, but you’ll get even more protein into your body and make your meals go so much further!